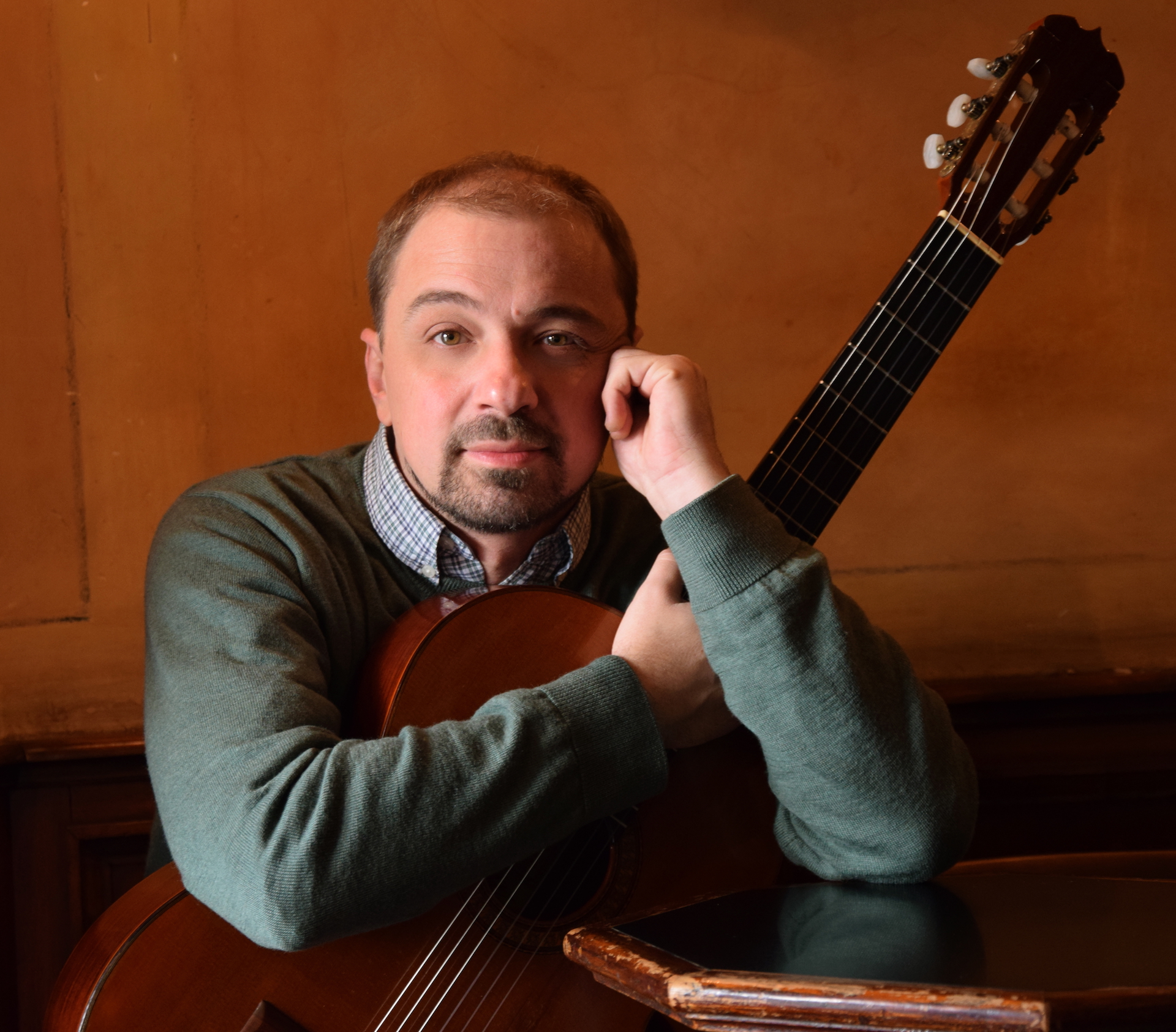 Ognjen Grčak (1978) is a Serbian classical guitarist performer and teacher. He comes from Negotin, a small town located in the eastern part of the country, well known for its musical tradition. At age of 10 he started studying classical guitar at local elementary music school “Stevan Mokranjac”. Soon after finishing it, his talent was spotted by Uroš Dojčinović (Serbian guitarist and composer) and he got admitted in the most prestigious music high school at that time in Serbia “Josip Slavenski” (Belgrade).

By the end of his high school years he met Aleksandar Hadži Đorđević, one of Serbia’s best performer as well as guitar professor, started taking lessons, and was inspired by him to choose the guitar as his profession. After high school he spent two years in Niš studying with Vesna Petković and then moved to Belgrade where he got admitted on the Faculty of Music Art. There he studied with the most prominent Serbian guitar performer and professor Srđan Tošić.

As a result of his studies with professor Tošić in 2001 he won a first price on the International Guitar-Art competition in Belgrade. He continued his post graduate performer studies in the USA at the Indiana State University in Bloomington. He was admitted as an AI in the guitar department with a full scholarship stipend. There he studied with some of the best musicians in the world. His main teacher was world famous guitarist Ernesto Bitteti with whom he studied Latin American repertoire, 20 th century music he studied with guitarist and composer Nuccio D´Angelo (among others one of the best known Nuccio´s compositions “Due Canzoni Lidie”), and early music (with emphasis on J.S.Bach) with one of the best Lute players in the world Nigel North. During that time, he gave a performance within Latin American Music Department which was noticed by Peter Jacobi of Herald Times, a music critic:

“…Most notable among the talents of the performing musicians were those of a guitarist, Ognjen Grcak, who revealed wondrous technique in conquering a Guitar Sonata, written in the 1970s by the Argentinian composer Alberto Ginastera. The music commanded the young man to be all over the strings of his instrument, plucking and sliding and banging in various forms of complexities. He seemed to be in total control throughout. Not only did he conquer the Ginastera; he then returned to the stage twice to handle additional exacting tasks. First, he joined three other guitarists (Slobodan Milivojević, Maja Radovanlija and Guido Sanchez) in musically intense, technically secure readings of rhythmically seductive and, again, obviously challenging items by Cuba’s Leo Brouwer, products of the mid-1980s called “Paisaje cubano con rumba” and “Paisaje cubano con lluvia.” Then, Grcak effectively accompanied soprano Angela Jardim in a pair of songs by Brazil’s famous son, Heitor Villa- Lobos. One, “Modinha,”…. The other, the familiar and haunting Aria from the “Bachianas brasileiras Number 5,” …where guitarist Grcak replaced the usual eight cellos… “

Ognjen Grčаk is active as guitar professor in the last 15 years. He currently works at the Music High School “Josip Slavenski” in Belgrade. His students have won many prices in Serbia’s guitar competitions. He also performs often as a solo player as well as in chamber music. He plays in a guitar duo with his professor Srđan Tošić and is member of a guitar trio “Amicus” (with Miloš Janjić and Slobodan Milivojević). The trio recently had a series of 10 very successful concerts in Serbia. Most noticeable performances were at the prominent Kolarac hall as a soloist and with the trio as part of the International Guitar-Art Festival. On the academic field, he is currently working on his Doctoral degree in the Faculty of Music Art in Belgrade. His emphasis is on nineteen century guitar composers and performance.